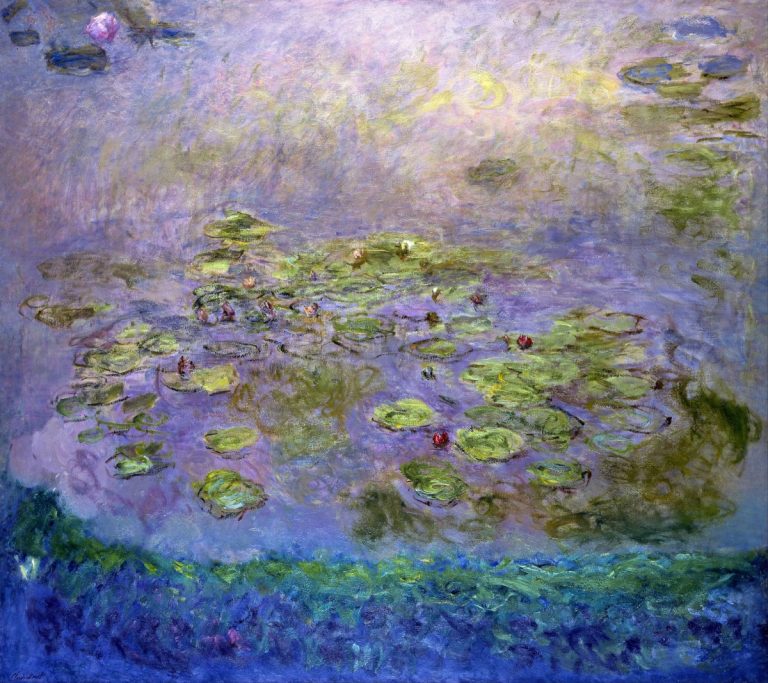 Painting Is My Medicine

These days are so wild and overwhelming with fires all around the globe,
the Amazon is burning to the ground;
the storms threat on Florida and southern USA
and even where I live, we had to sit in our bomb shelters
fearing yet another war. (all is well now)
This reminded me of Monet who stayed in his deserted
village during the war and painted his divine gardens*.

I feel that, in addition to contributing money and trying to
be more conscious of our actions concerning the environment.
it is so important to stay centered and in
good spirits right now

I find that painting can do that for me
It is very healing for me and for others
It feels like the earth wants to channel her
messages through
those of us who wish to paint.
Lets give ourselves some sacred time to paint this week,
share, inspire and support each othe

Claude Monet During The War

The First World War was notably a period of creative impotence as artists struggled to respond
to the scale of the horror, with one notable exception, Claude Monet.
Struggling with his ever-diminishing vision, he raced to finish his life’s work,
creating an extraordinarily vast catalogue of wartime works.
Giverny where Monet lived at the time
had been a painter’s colony before the war, but with the outbreak of violence in 1914,
30 men from the tiny village were immediately conscripted.
A small hospital was based there during the war, which was filled with
soldiers who would scream in the middle
of the night believing they were still in the trenches.
Monet would bring them vegetables himself which he had grown in his garden to nourish them.

Monet continued on with his late paintings as if oblivious to the war surrounding him,
returning to familiar themes from his floating gardens.

Monet himself speculated that these paintings of the floating world
might calm “nerves strained through overwork” and offer the viewer “an asylum of peaceful meditation”.
He felt his late paintings were an attempt at healing – his artistic response to the traumatic events of the war.

Monet would paint a great series of Weeping Willows to express the grief
of France for her lost sons. The Weeping Willows had been a famous
symbol of mourning and are often found in French cemeteries. JJ Grandville in his prose poem,
Les Fleurs Animées (Flowers Personified) put it thus:
“come into my shade all you who suffer, for I am the Weeping Willow.
I conceal in my foliage a woman with a gentle face.
Her blonde hair hangs over her brow and veils her tearful eye.
She is the muse of all those who have loved…
She comforts those touched by death”. 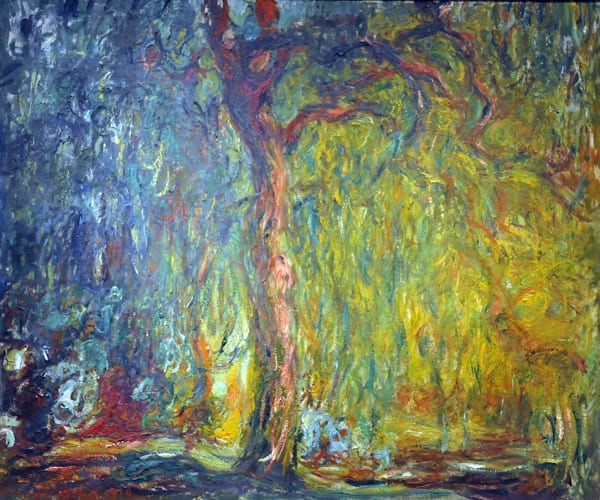